All your essential poetry news from the month of March, delivered straight to your door with no extra charge for postage and packing.

There’s always been a close relationship between war and poetry, as successive people have sought to make some sort of sense of evil and death.

This was brought home to us again this month by the astonishing ‘Love Letter from Emilie Blachère to Rémi Ochlik,’ a love poem written by the girlfriend of Rémi Ochlik, the French photographer who was killed a year ago during the bombardment of Homs in Syria. 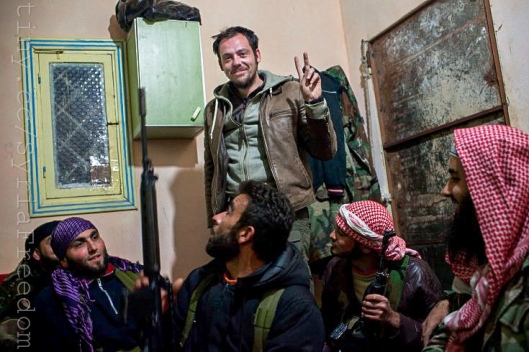 Rémi Ochlik, the night before he was killed
[Source: Flickr Creative Commons © FreedomHouse]

The BBC presenter Paddy O’Connell was left choked with tears as Emilie’s poem was read out during his Radio 4 programme and he left the airwaves silent for 12 seconds before regaining his composure.

Poetry and the Syrian conflict appeared a further time in the news when Raghda, a famous actress, was attacked in response to explicitly supporting President Assad and reciting anti-Islamist poems.

On a similarly sobering note, the veteran Australian broadcaster Clive James has penned a moving poem about the effects of his terminal illness and the way in which he is retreating from the world.

Rhyming can be Fun

Another Cecil Day-Lewis poem was discovered this month. Well, I say ‘poem,’ it is more a sample of quirky rhymes produced to help a pupil and is in fact a response to a similar effort from WH Auden. The second stanza reads: “To ignite / Sticks of dynamite / Is not the chief delight / of Norman Wright / Which is proved by the fact that he is still in sight”.

Also this month, an album by the Scottish group Waterboys was released called An Appointment with Mr Yeats,’ in which they have set Yeats‘s poetry to music in 14 songs. (This is the US release. The album came out in the UK in 2011.) 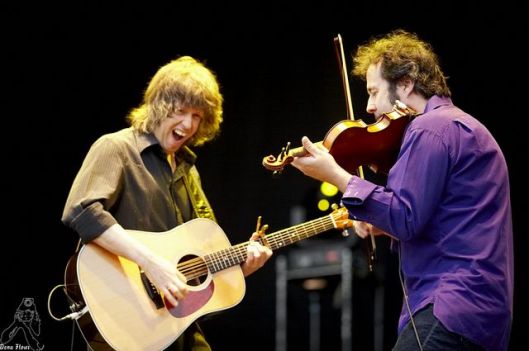 Suhail Al Mazroue has become the UAE’s new Energy Minister. Among other things, Suhail is known for having a passion for Nabati poetry, an art form with Bedouin roots. In 2006, he even took part in Million’s Poetry, an X Factor-like TV contest for Arab poets. Lines of poetry still dominate his Twitter feed.

That’s right – chicken poetry. The fast food chain KFC launched a contest on social media asking fans to pen a poem which included the line “the chickens are innocent.” The initiative is part of a media campaign designed to be a riposte to food safety criticisms of the chain. 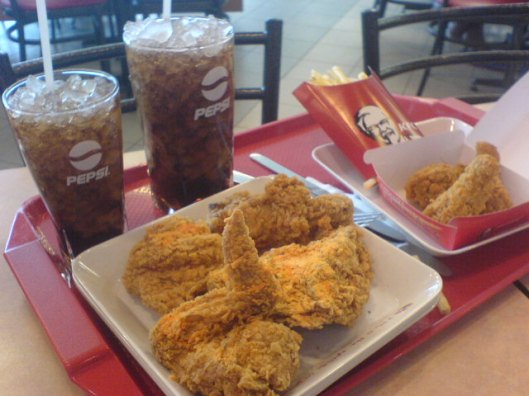 On 21 March (which happens to be my birthday!), UNESCO celebrated World Poetry Day, focusing on the poetry of William Butler Yeats, Pablo Neruda and Aimé Césaire and also some lesser-known authors from Azerbaijan and Greece.

Notable book releases in the month of March included: